Rapid urbanization has contributed to a growth of informal settlements in Nairobi,  with between 60 and 70 percent of Nairobi residents estimated to be living in these settlements. There a multitude of challenges in these urban informal settlements, such as poverty, overcrowding, lack of access to water, as well as exposure to HIV/AIDS and sexually transmitted infections (STIs).[1] Kibera is one of the largest informal settlement in Nairobi where these issues especially affect the lives of young children and adolescents. Many young boys are particularly vulnerable to negative peer pressure and end up joining gangs to access income, food and drugs. Meanwhile, many young women in Kibera are at heightened risk for sexual assault and rape.  About 1 in every 5 adolescent girls has either given birth or is pregnant with her first child, which often leads to young girls dropping out of school. Children in informal settlements often lack the tools and skills to effectively manage these environmental stressors. This can lead them into misguided decisions that have negative long term effects.  During adolescence, misguided or uninformed choices can result in problems such as dropping out of school, substance abuse, delinquency and violent behaviour.[2] In many cases, these problems can be avoided by providing safe spaces, empathetic guidance, life-skills training, freedom of expression, positive role models and professional counselling. 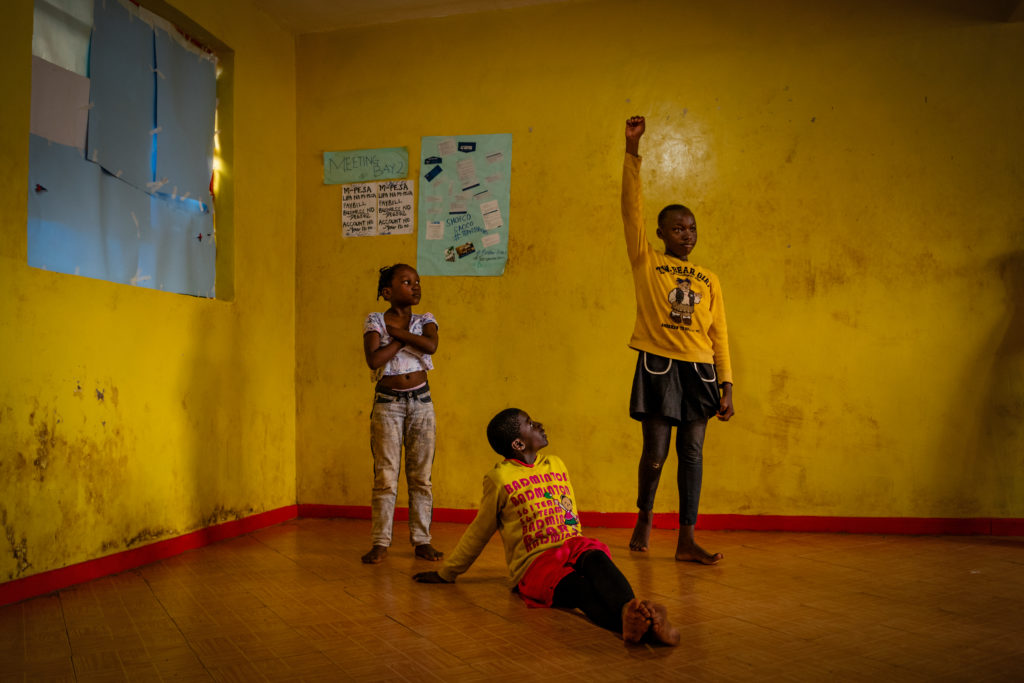